In terms of a global audience, gridiron football is a strange sport. Sometimes called American football, gridiron is popular in North America via Canada’s CFL and the US’s NFL. Minor differences in rules have led each country to host its own domestic league, which tends to be popular only for local fans.

Still, internationally, gridiron football has a reputation for being a physically demanding sport and home to the world’s toughest competitors. Though players are usually as tough and agile as top rugby stars, gridiron’s stop-and-go pace has made it a challenge for international viewers.

Though many international fans follow NFL betting odds as the season advances toward playoffs and the Super Bowl, not too many viewers tune in weekly to follow a particular team. The championship game brings in spectators who are interested in the high production value of the Super Bowl just as much (if not more) than the sport itself.

Even so, this hasn’t stopped certain athletes from attempting to switch over to gridiron. Despite the fact that there isn’t a viable South African domestic league, rugby players have shown increasing interest in applying their skills in the NFL.

Last year, former Springbok flyhalf and ace kicker Derick Hougaard opted to compete at a scouting combine following a 2015 injury that caused him to retire from rugby. He was joined by Nico Leonard, who was eventually drafted to the CFL as a running back earlier this spring.

Both were chasing dreams like that of Dieter Eiselen, a rugby player who was drafted and signed as a free agent for the Chicago Bears in 2020. In fact, budding interest from the NFL and CFL in rugby players from South Africa has led to an increase in scouting events hosted by groups like World Wide Scholarships (WWS).

One major hurdle for rugby players looking to jump into gridiron football is the lack of exposure. Typically, professional athletes spend years building their knowledge of a game and then practicing with a team. With limited resources and opportunities related to gridiron football, South African athletes are at a disadvantage—but maybe not for long.

Gridiron South Africa was launched in 2015 in order to develop gridiron players and offer sporting activities for those interested. Loosely, the group hoped to have an amateur league formed by last year, but plans have been slow to come to fruition.

Early camps saw plenty of players turn out but ultimately were unable to create a viable league. However, there’s a new initiative underway by the same organization. Now, Gridiron South Africa has shifted to focus on creating a federation to regulate the sport, then launch an academy to help develop players, and then form a league.

So far, there have been touch-and-go successes. The group hosted a workout in Botswana earlier in spring and has also had an ongoing sponsorship deal with MoFaya energy drinks. At the moment, Gridiron South Africa plans to support four clubs in nine provinces for a total of 36 clubs. 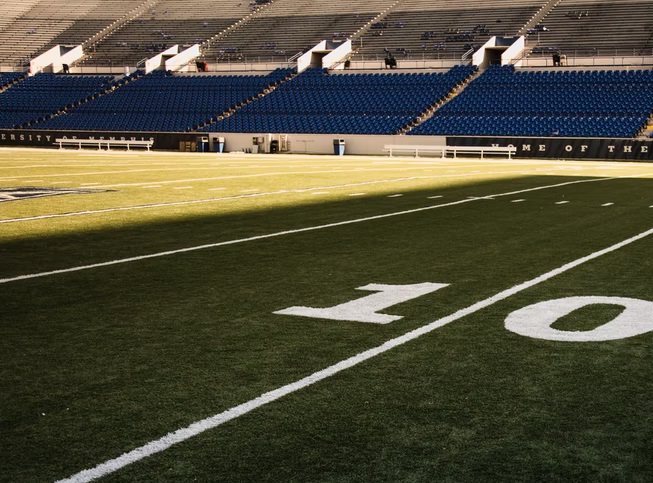 Will the NFL or CFL Come to South Africa?

Clearly, talent scouts from both the NFL and CFL are interested in South African athletes, as representatives of both leagues are regulars at combines hosted by WWS. However, there are other ways that gridiron could come to South Africa: through an International Series from the NFL.

The NFL has its own international exhibition series, which is designed to foster interest from fans around the world. So far, the league has hosted games in London and Mexico City, with plans to expand to Canada and Germany eventually. With growing interest from locals, the NFL could soon turn an eye toward South Africa.

One major criterion is infrastructure, which South Africa can easily provide in its major urban centers. However, the NFL will also be looking closely for fan interest—particularly, with an emphasis on developing a future market in the area. So far, the CFL doesn’t have its own international series.