As parents, we dedicate our lives to looking after our children and making sure their needs are met – physically, emotionally, and of course financially. Our aims are to raise happy, healthy, well-rounded young adults who can make good decisions, to hopefully give them a head start in life through our hard work and good stewardship, and to protect them from the big, bad world while they are still young.

But what would happen when you are suddenly no longer there to look after them?

“When children lose both their parents, they and their inheritances become wards of the High Court.”

Who would take on the parental mantle you leave behind and who would make sure that any inheritance you have accumulated for your children is actually received by them and managed properly to their benefit?

What many parents don’t realise is that they leave their children’s inheritances at the mercy of the Government Guardian’s Fund when they don’t make the proper provisions for the possibility that their children may face tomorrow without them. When children lose their parents, they and their inheritances become wards of the High Court.

“The Government Guardian’s Fund – a structure set up to safeguard and protect the inheritances for our country’s most vulnerable – falls short more often than not in fulfilling its mandate.”

What exactly is the Government Guardian’s Fund?

The Guardian’s Fund falls under the administration of the Master of the High Court. Each High Court in South Africa has its own Guardian’s Fund. This structure is set up to safeguard and administer the inheritances for our country’s most vulnerable, for example, minors, persons incapable of managing their own affairs, unborn heirs, missing or absent or untraceable persons, etc., but more often than not it falls short in fulfilling its mandate.

According to a recent report, the Government Guardian’s Fund receives over a billion rand a year to hold and administer on behalf of beneficiaries.

What makes this fact scary is the number of cases of fraud and maladministration levelled at the fund. In 2010, the then Justice minister, Jeff Radebe, announced that about R80 million had been defrauded from the Government Guardian’s Fund. Furthermore in 2019, the president gave instruction for all the Masters’ offices across the country to be closed for the Special Investigating Unit to collect information regarding fraud and maladministration, which was amplified later in the year when R10 million was stolen from the Guardian’s Fund.

Claiming maintenance from the Guardian’s Fund for minors.

When a minor child’s inheritance is administered by the Guardian’s Fund, it is up to the legally appointed guardian of the minor to apply for money to be released for day-to-day living expenses such as clothing, food, school fees, etc. This process, however, is burdened with archaic administrative processes and stringent application requirements, which are inflexible considering the virtual requirements of Covid. Often, this means that there are delays in funds being released and can have a serious impact on the child’s life.

Any money which remains unclaimed in the Guardian’s Fund for a period of 30 years is forfeited to the state. That means if your children aren’t aware their inheritance has been paid to the Guardian’s Fund and they don’t claim within 30 years after turning 18 years old, the state keeps it.

“Many people fail to get their Wills in order simply because they just don’t get around to it.”

The simple solution – draw up a Will.

Society has this common misperception that you only need to draft a Will when you have excess wealth and lots of assets – but your Will does so much more. Not only do you include in your Will who inherits what, but also who should be your children’s guardian(s) as well as how the money and assets you leave to them should be managed – ensuring that the inheritance you leave to your children are managed efficiently, compassionately and with competence.

Many people fail to get their Wills in order simply because they just don’t get around to it. In fact, the number one reason for people passing away without a valid Will in place is procrastination. They know they need to do it but never find the time to do it – it’s our children and dependants that pay the price.

Why set up a testamentary trust?

If you don’t make provision for a testamentary trust through your Will there are only two options left with regards to what will happen to the assets and money you leave to your children – First, it is paid into the Government’s Guardian’s Fund until your child becomes of age and claims it, or second, it is given to your children’s legally appointed guardian to manage.

The implications of not providing for a testamentary trust in your Will means your children’s future without you is subject to a government organisation or the uncertainty of whether the appointed guardian is responsible or not.

A testamentary trust can only be created once the person who initiates its establishment has passed away, so the best way to plan for this is in your Will.

No one cares for your children like you can, and the best way to ensure your legacy lives on beyond you is to plan for the unexpected now – and document it in your Will.

Alex Simeonides is the CEO of Capital Legacy 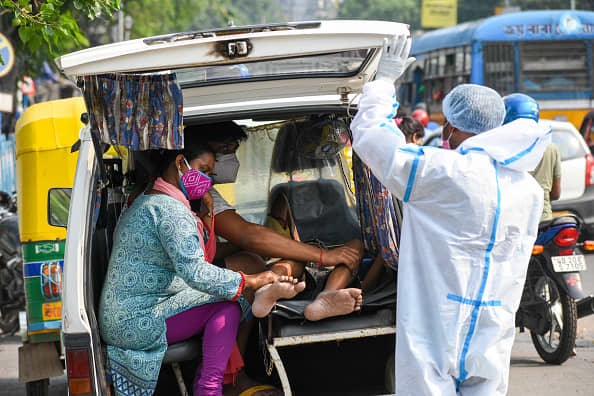 Dismissed to go work on Covid-19

Despite the court battle, Zuma still has an influence on ANC: Analysts-SABC News